Just as the majority of the top leagues around the world have returned, they have been put on hold for World Cup Qualifiers. Though some would say with the amount of action El Tri had over the summer, they mimicked a club side featuring in the Confederations Cup and Gold Cup.

While Juan Carlos Osorio and his men experienced a disappointing time at the following two competitions, it has been a different story in World Cup Qualifying. Winning four and drawing two from six games played. Panama will be the side hoping to inflict that first loss of the campaign as they visit with their own World Cup aspirations. Los Canaleros are currently sitting in fourth as the top three of the hex qualify.

Many have questioned Osorio’s leadership of El Tri especially over the performance in the recent competitions and his desire to rotate their starting line up, and it is expected the same will continue until he finds the perfect eleven for Russia. Veteran Rafa Marquez is excluded from the squad as he has not featured for Atlas since recent drug cartel links. But positivity can be taken from the form of Hirving ‘Chucky’ Lozano who has scored in his first three appearances for Eredivisie side PSV Eindhoven. He has often started on the bench for Mexico, but thanks to his strong performance in the Netherlands can be expected to start against Panama.

A few players will be disappointed not be included based on their recent form, but one man that shall be there is Erick Gutierrez. His return to the Pachuca side has seen them turn losses into victories something highlighted in the recent Liga MX By the Numbers article.

In other news, Porto winger, Jesus ‘Tecatito’ Corona has been recalled after being excluded from recent squads due to unknown reasons. Should he walk straight back into the side players like Rodolfo Pizzaro of Chivas, may not be pleased considering his current form.

Panama head coach Herman Dario Gomez can be proud of his team getting to the quarterfinals of the Gold Cup but getting to the World Cup will easily surpass this achievement. He will be looking for attacking midfielder Gabriel Torres to repeat his goalscoring heroics against the USA. MLS fans will be familiar with San Jose Earthquakes midfielder, Anibal Godoy who’s experienced in 55 caps will be vital ahead of such testing contests. Amongst the Panama squad, there are two young talent goalscorers. Firstly, Abdial Molinar, who has scored five in 12 starts for Danubio in Uruguay. Secondly, Ismael Diaz, who last season scored two in five appearances for Porto II at the age of 20. Both players will be eager to be involved and contribute towards a possible World Cup venture.

Mexico vs Panama – Players to look out for:

The attacking midfielder was the most fouled man in Liga MX last season and not because he was unlucky. ‘Chucky’ like to run at the opponent and beat them by cutting in from the left before rifling an effort goal bound. This summer saw him leave Pachuca to join Eredivisie giants PSV. His start could not have been better. A goal and man of the match award on his debut, a goal in the cup on his second outing and a goal in next league game. This looks to be a step in the right direction for the 22-year-old. Shall he be in the starting eleven on Saturday? Osorio’s line ups are always difficult to predict, but Lozano has made a strong case in recent weeks.

The San Jose Earthquake’s defensive midfielder has more than just experience to over. He also brings an air of calmness with his composure in the middle of the field. Godoy has featured in 19 games in 2017 for the MLS side starting 18. With a pass accuracy of 90%, Panama will look to build their attack around him. Mexico are all but qualified, and they will be hoping the table leaders take their eye off the prize and they with that gain their second win of the campaign, which should allow them to increase their pressure on the USA and Costa Rica. 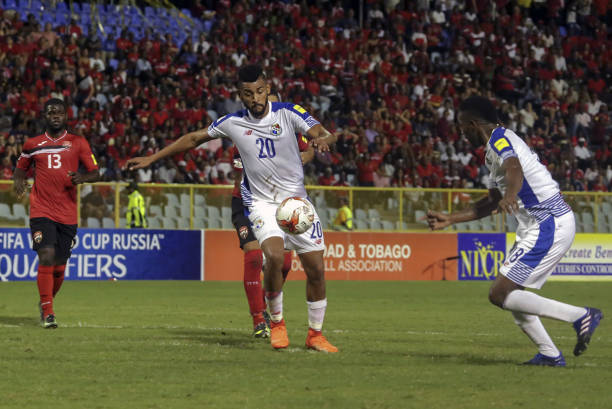 Bryce Dunn is a Northern Irish football writer and Podcaster. Bryce hosts the popular Bundesliga – Gegenpressing Podcast, which is the most in-depth English-speaking Bundesliga Podcast available and Golazo an English-speaking Podcast covering Mexico’s Liga MX on the Futbolgrad Network. He is an avid Liverpool FC supporter, who enjoys researching German and Mexican football clubs whether they are part of the elite or the lower divisions. Follow Bryce on Twitter @BryceDunn11.

4 years ago
© 2019 Futebolcidade All rights reserved.